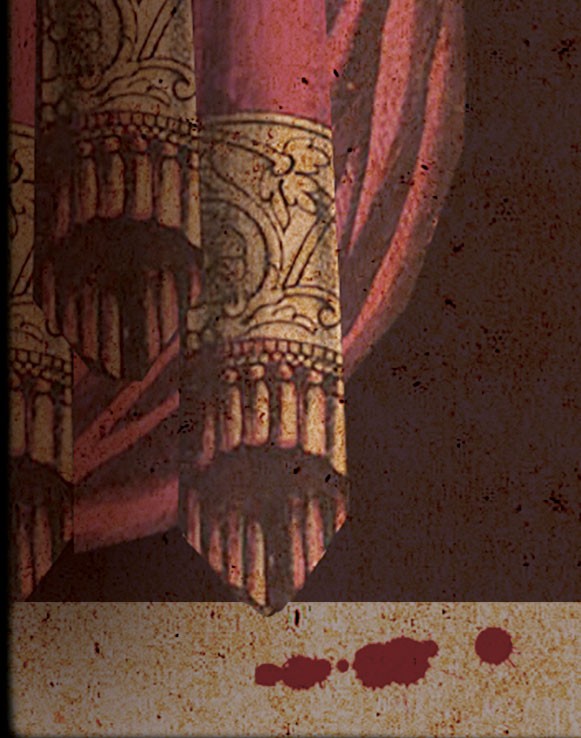 The sky was the color of strangulation; the streets glittered like crushed glass.

Echoing the emotion of its title, Carmen Maria Machado’s The Lost Performance of the High Priestess of the Temple of Horror is a haunting story of a young girl who loses her mother – her only relative – to an illness. She is thrown out of her home and joins a local theater that is led by an actress she admires. The story is dark and grotesque and emits an underlying tension that puts the reader’s nerves on edge.

It balances delicately between “acceptable” and overly gruesome or explicit. As someone who cannot handle the horror genre, I can attest that although this story pushes conventional boundaries of what may be “comfortable” to read, it does so for the good of the story, to build a connection with the characters, and to comment on serious aspects of life that are often ignored or overlooked.

A young – presumably adolescent – girl frequents a theater against her mother’s wishes, where she is captivated by Maxa, the main actress. The theater puts on dramas and thrillers with staged violence, realistically depicting murders, abuse, etc. Since the story is set in pre-war Paris, the live violence is novel to the audience and often causes them to faint or cry out in anguish.

The young girl loves the dynamic and how Maxa masterfully embodies her characters, who are often beaten or murdered by her lovers. The girl’s mother just passed away, and she was “thrown out by the landlord, who’d asked for my body in lieu of rent.” She understands the dark side of life and loves to see it interpreted on stage.

She stays after a show and meets Maxa, who tells her “This is not a place for children to escape to. Won’t your mother be looking for you?” Bess responds flatly that “I’m not a child…And my mother is dead.” Maxa is intrigued and agrees to take her in. But instead of asking about her name or her past, Maxa simply calls her “Bess.” The girl does not put up a fight, as she has nowhere else to go.

At first, Bess admires her, even though Maxa is clearly a disaster; she drinks and does opium to the point of unconsciousness. She has a terrible boyfriend, Marcel, who is emotionally and physically abusive. Bess registers all this but sees Maxa as an idol; she is a wonderful actress who understands the pain and struggle that she herself is going through.

Weeks and months, Maxa died again and again. One of them, in the early spring – death by slicing with a trick razor – was among the most dramatic I’d ever seen. I had watched the rehearsals but could not wait to see the final effect. Louis’s forehead gleamed with sweat beneath the stage lights. He was more scared than Maxa, I realized. But then again, that was easy – Maxa wasn’t afraid at all.

Maxa takes advantage of the way Bess reveres her. As Marcel points out, Maxa treats Bess as her “little dog.” Bess follows her around, bathes her, and sleeps curled up at the foot of her bed.

At the same time, Maxa seems to be taking an interest into Bess. She cuts her hair, puts makeup on her, takes her out, and gives her drinks. Although Bess sees these things as acts of kindness, they clearly are not. Maxa revels in the dominating position.

Bess is grateful for the kindness she thinks she receives from Maxa. What else would she do in her circumstances? They have sex. Bess makes it seem consensual. But given the circumstances (Bess’s age and helplessness), I believe that Maxa is a child molester.

The world that Machado constructs in this short story is grim. I can picture the dismal, dirty streets of pre-war Europe and an old, wooden theater in which much of the story takes place. Power and cruelty bleed through the lines of the story.

Marcel abuses Maxa. Maxa plays a sort of “damsel in distress” to win over Bess. Though their relationship starts out as seemingly innocent, tension grows and small hints of violence turn into explicit abuse.

Even though Bess tells the story with a sense of awe or admiration of Maxa, it’s important to remember that Bess is young, naive, and easily manipulated due to her socioeconomic situation. Machado wants us to sympathize with Maxa on one hand, as she is abused by her boyfriend and finds relief with the innocent Bess. But on the other hand, Maxa is playing a cruel game with a helpless child and bringing her down into the vortex that is her disastrous life.

These situations happen in real life; they happen in orphanages, churches, the boy scouts, and a number of organizations that rely on trust. Machado shows that trust and admiration leads Bess not to see her situation for what it really is.