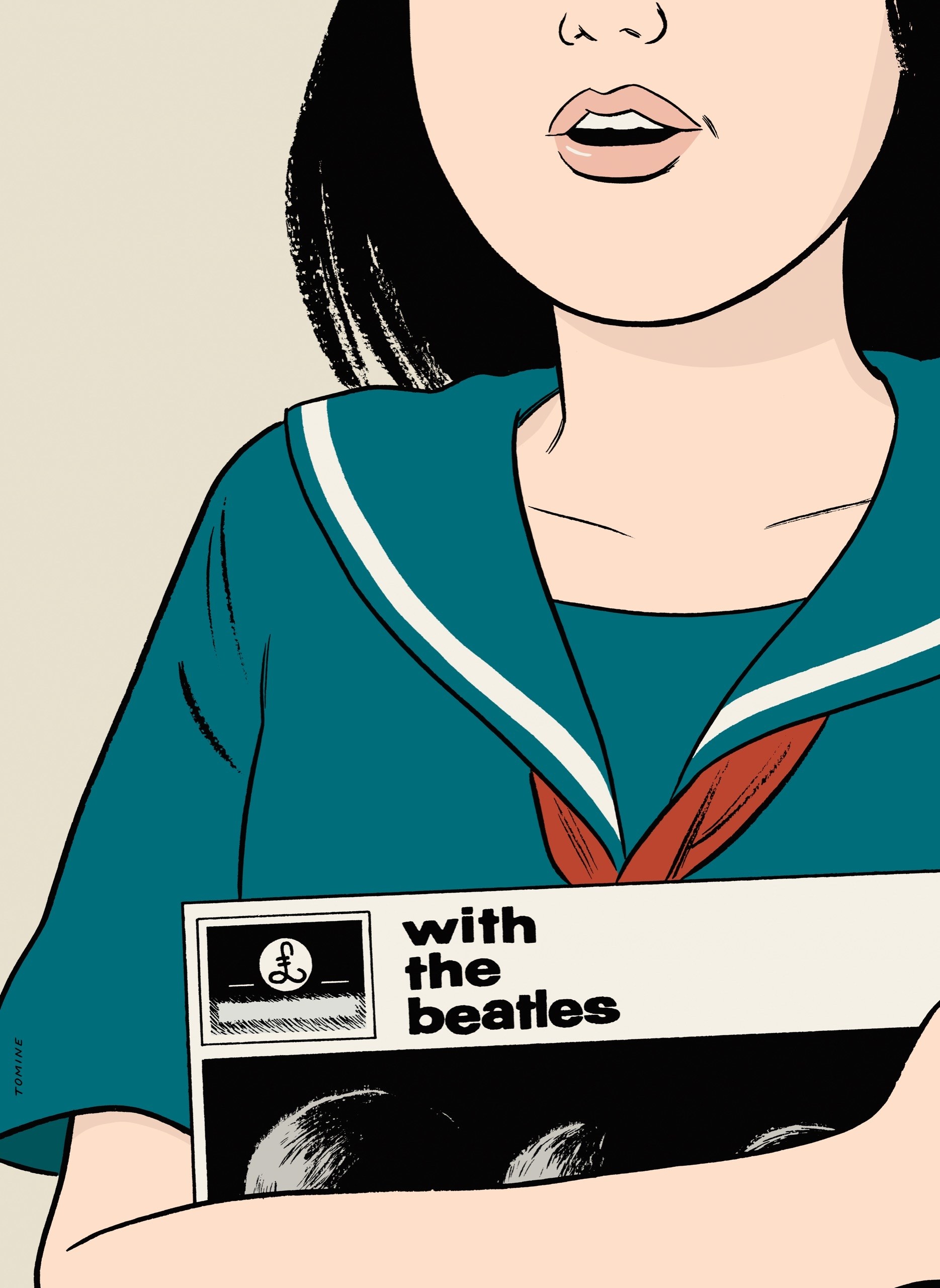 Haruki Murakami taps into the aesthetic unlike any other writer today. He has a profound understanding of beauty and sentiments and coveys this understanding in direct and elegant prose.

In With the Beatles – translated by Peter Gabriel into English – Murakami writes about memories and how they are filled with sensations, how they shift and change over the years, and how they influence our lives.

A narrator runs through the memories of his first relationship. He remembers the popular music of the time period and his adolescent emotions associated with them. It is a pleasant story that makes the reader smile at the innocence of youth, laugh at the nervousness of adolescence, and contemplate how memories influence our perception of the past.

The narrator – now approaching old age – goes through memories of love and relationships that stick out from his youth. The first memory is of a beautiful girl clutching a Beatles album in the hallway of his high school. Although he would never see her again, he always remembered her pure beauty and the sensation he felt upon seeing her. The rest of his love life is defined by this feeling.

Later, I got to know a few women, and went out with them. And every time I met a new woman it felt as though I were unconsciously longing to relive that dazzling moment I’d experienced in a dim school hallway back in the fall of 1964. That silent, insistent thrill in my heart, the breathless feeling in my chest, the bell ringing gently in my ears.

He builds the setting of the story by remembering the popular music of the time. He lists the Beatles’s hit songs – which all have to do with youthful love – and calls them the “background music for my adolescence.”

This is a time of his youth where experience is everything. Sensations and emotions are new and exhilarating. The world is all about ourselves, as we are trying to find out who we really are.

For me, the major event of the following year, 1965, wasn’t President Johnson ordering the bombing of North Vietnam and the escalation of the war, or the discovery of a new species of wildcat on the island of Iriomote, but the fact that I acquired a girlfriend.

Falling in love for the first time takes over everything. His first girlfriend is a huge step in life. He is so nervous and frightened – in a way only adolescents can be – that he remembers the “formidable feel of her wire bra” and jokingly recollects that “a bra back then was more like a fortress than like an item of underwear.”

But as he is older now remembering his youth, he notices that the effortless beautify of those years was, in reality, surrounded by serious events that he unaware of. For example, his favorite teacher ended up committing suicide.

I get a really strange feeling when I think that on that afternoon, as my girlfriend and I were clumsily making out on the sofa, with Percy Faith’s pretty music in the background, that social-studies teacher was, step by step, heading toward his fatal ideological dead end, or, to put it another way, toward that silent, tight knot in the rope.

In such a time of youthful innocence, where life seems so urgent and important, how could someone take their own life? He reflects on this event, ultimately making a metaphor through music.

I’ve heard it said that the happiest time in our lives is the period when pop songs really mean something to us, really get to us. It may be true. Or maybe not. Pop songs may, after all, be nothing but pop songs. And perhaps our lives are merely decorative, expendable items, a burst of fleeting color and nothing more.

The narrator then focuses on a specific event; he goes over to his girlfriend’s house to pick her up one Sunday. She’s not there. The only person in the house is her older brother, who the narrator had not met previously. He remembers him as an eccentric, aloof sort of person.

“…I was supposed to come pick her up today at eleven.”
“Is that right?” her brother said. He glanced up at the wall beside him, as if checking a clock. But there was no click there, just a white plaster wall.

The narrator enters the house and waits around with the brother. They talk some of general things, but finally the narrator ends up reading aloud part of a book he is carrying along with him. They make a thin, emotional connection, and the brother tells him that he has a peculiar, hereditary disease where his memories are “wiped away” for chunks of hours. They contemplate the reasons for this. But after the narrator’s girlfriend doesn’t show up, he finally leaves the house.

Years later – probably decades – the narrator runs across the brother again in Tokyo. They sit and talk over coffee and tell each other about their lives. The narrator reflects back on his relationship with his first girlfriend.

We experienced all sorts of new things together, and shared some wonderful times, the kind that are possible only when you’re in your teens.

Although they shared wonderful memories, life pushed them apart. He moved to Tokyo and met another woman that brought back that original, primal feeling he associated with the girl holding the Beatles’s album.

It’s hard for me to say this now, but she never rang that special bell inside my ears. I listened as hard as I could but never once did it ring. Sadly. The girl I knew in Tokyo was the one who did it for me. This isn’t something you can choose freely, according to logic or morality. Either it happens or it doesn’t. When it does, it happens of its own accord, in your consciousness or in a spot deep in your soul.

Haruki Murakami is one of the greatest writers alive today. He conveys the aesthetic world through direct and elegant prose. He is overtly aware of the idiosyncratic nature in which we, as humans, see the world, as well as its fundamental building blocks of emotions and desires.

With the Beatles is a pleasant read that showcases his writing. It sparks both joyful and contemplative sensations, making us reexamine how we think about our own memories.