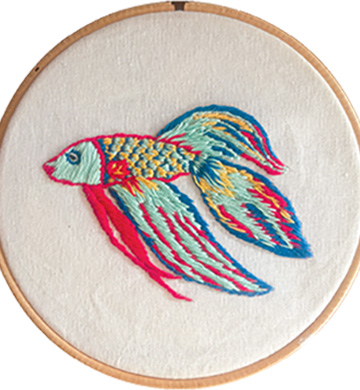 Borderland is somber story that is brimming with emotion, teetering on the edge of collapsing into sadness and desperation at any moment. Tokarczuk is a master of plucking the emotional chords that run through us, making the reader truly feel part of the grim world that she has created. Her prose is direct and natural, making a complex setting easy to capture, though the reliance on religious symbology makes some points of the story hard to follow.

The story takes the form of a single journal entry written by a guardian of the Borderland reflecting on events that took place before he learned to write. The writer lives in a garrison outpost on the Prut river in an unspecified region of Eastern Europe, sometime after the collapse of civilization. For this story, the term apocalyptic should be used hesitantly and should certainly not alienate any potential readers, as Tokarczuk brings a fresh perspective to this weathered theme.

The garrison was built by Father Basil, a man who lived before the collapse and is deemed as a “holy soul” by the brothers of the garrison.

He often told us how after the Dimming came great chaos and collapse. But before that happened, people had a tremendous capacity to move about and even speak with one another at a distance. Long ago, in the cellar, he demonstrated a device that, when a person wound its crank, could bring illumination to a fixed little bubble, but then that small machine quit working, and the transparent bulb broke.

The setting is unnerving: the garrison is a blend between a religious cult and military outpost, in which the brothers were raised from little children. Outsiders would occasionally pass through the garrison, yet:

Father Basil didn’t want them interfering with our minds.

The guardians’ primary goal is to protect their lands from the barbarians that try to cross the Prut river, which divides civilization from the so-called savages. They typically kill anybody who attempts to cross the river, except for a beautiful woman with two children who manages to make it across.

Tokarczuk paints a picture of inescapable deterioration in this post-apocalyptic world.

I don’t know if it’s my memory that pictures those scenes as more together and pure and close. There was more of everything then – the sun, the light, the smells, the details, even objects. The linen we wove with was sturdier and smoother, the colors of the thread more vivid, the pencils less worn out and the paper brighter and more resistant to wear. The knives were sharper, and the doorknobs would spring their latches right where they were supposed to, the lids fit the pots better, and even some shoes still had fine strong laces, instead of floppy strings made out of linen hemp.

Tokarczuk beautifully portrays the feeling that many of us have when reflecting on our pasts, recognizing that we see other parts of our life as more real than what we are currently experiencing. We fight to keep the world as we once had it, as it slips through our fingers.

The reader cannot help but see similarities between Tokarczuk’s world and the one we see around us today, where neo-Fascist and xenophobic groups use this feeling of deterioration to wield power anywhere from Eastern Europe to the United States. The garrison is a spectacular metaphor for the reemergence of these groups, that seem to be dragging us backwards in history.

A drawback to the story is a reliance on contextual knowledge of religious symbols. Unless the reader is familiar with Christian symbology, there are various parts of the story that feel as if they have gaps. The reader may find it hard to see the distinction between fantasy and actual religious references, though these confusions are minimal.

Borderland makes use of a post-apocalyptic world, a concept that might alienate some readers due to its overuse, and presents the world as so grim and depressing that the reader cannot help but be captivated. This small sample of writing from Olga Tokarczuk will certainly be a gateway to more of her work. I will be adding her novel Flights, winner of the Man Booker Prize, to my reading list.