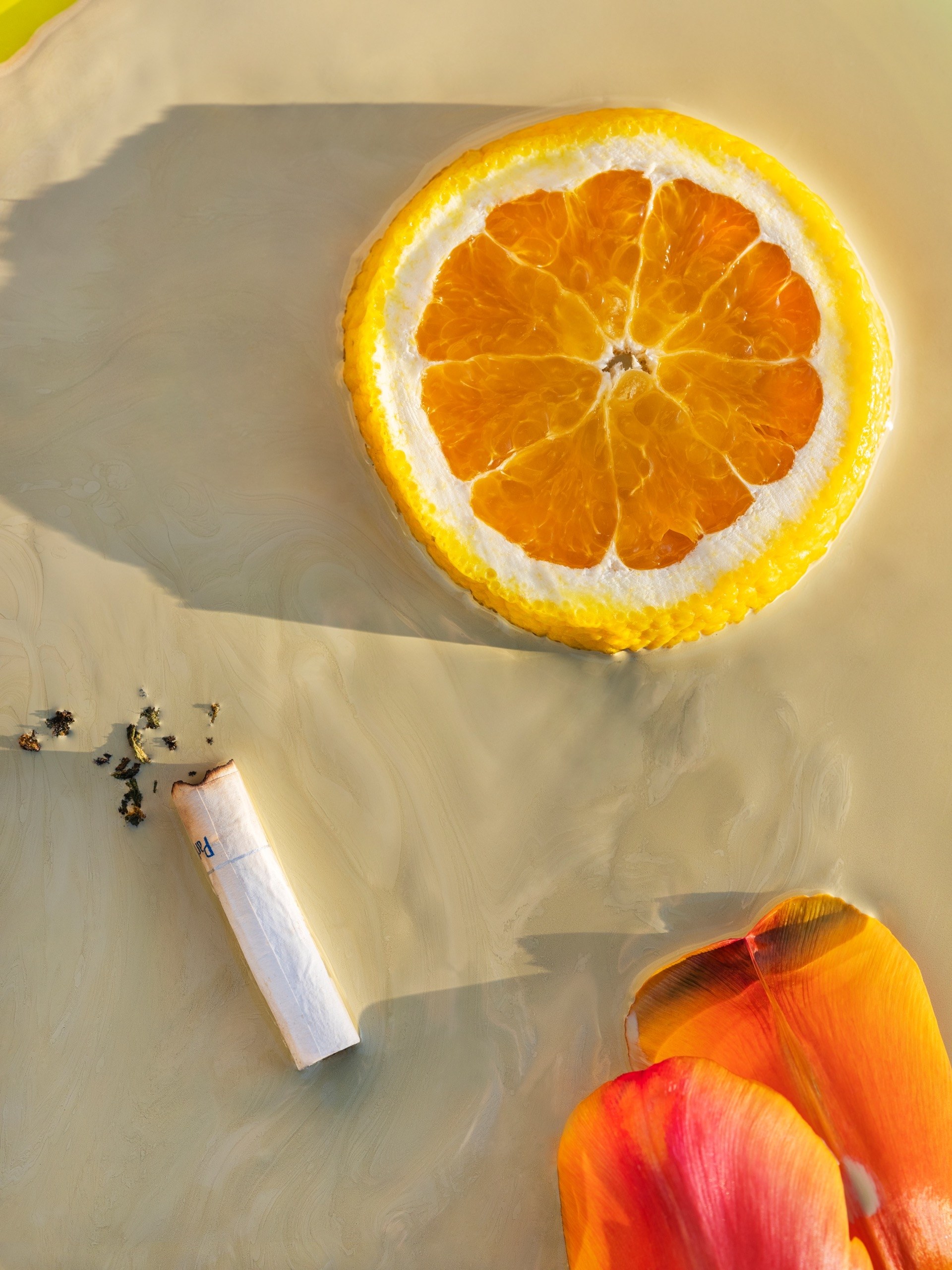 Family relationships are difficult. We put our best and worst on display for those who love us the most. We are appreciated, criticized, supported, and put down all at the same time. We want to show our family that we have – or at least can – become something great and unexpected. In Only Orange, Camille Bordas explores the inner workings of family through the perspective of a deeply cynical woman in her mid-thirties, struggling with a slew of personal and interpersonal issues while on vacation with her family in southern Spain.

As good Europeans often do, Jeanne and her family spend their vacation in a small Spanish town on the Mediterranean (Almería). Her more “successful” older brother – at least from Jeanne’s perspective – brings along his new girlfriend, Audrey. Jeanne does not like her. Her dislike for Audrey could at first be explained by Jeanne’s tobacco withdrawal.

I got a whiff of cigarette smoke from the next table. I inhaled as deeply as I could. Audrey coughed dramatically.

However, Jeanne is a more complex character. She holds a deep, inexplicable resentment towards her family that influences her relationship with Audrey.

…I knew that she’d been adopted, of course, which made me envious. To be able to look at the people who love you the most and not have to worry that you’ll turn out exactly like them must be amazing.

Jeanne criticizes Audrey’s beige clothing for being bland. Audrey responds that she thought her pants were green. To everybody’s surprise, Audrey realizes that she’s color-blind. Jeanne doesn’t believe her. How could her brother – who’s a painter – be with someone who is color-blind and never have discussed it? She orders a pair of Color Blind Glasses from the internet and ships them directly to Almería to catch Audrey in the act of lying.

The antagonism that Jeanne feels towards Audrey seems unfounded. Audrey is a kind, likable person. Jeanne thinks she is too likable. Only when Bordas reveals Jeanne’s lack of self-esteem and resentment of her own life, does her hostility begin to make sense. For example, of her own mother, Jeanne says:

I wondered how she’d ever been trusted to teach anyone anything.

She has a negative view of her family, even though they clearly love her. Her brother accepts that she does not like Audrey and refrains from making it into a thing, as Jeanne would clearly do.

Jeanne’s father learns how to play chess just to connect with her adolescent daughter, Marion. What little we learn of Marion is an amplification of Jeanne. Marion is indifferent towards family, hostile, and blunt. Jeanne comments on this:

You don’t always want to see yourself in your children. Children are no idiots – they see it, too, and they resent you for making them in your image.

Only Orange is a short story with complex characters. Jeanne’s cynicism made me take pity on her, Audrey’s likability annoyed me, and Marion’s bluntness reminded me of how we amplify the qualities of our parents. The simplicity of the story allows Bordas’s characters to shine. Only Orange reads smoothly and is a thoughtful reflection on family, well-timed for the holiday season.