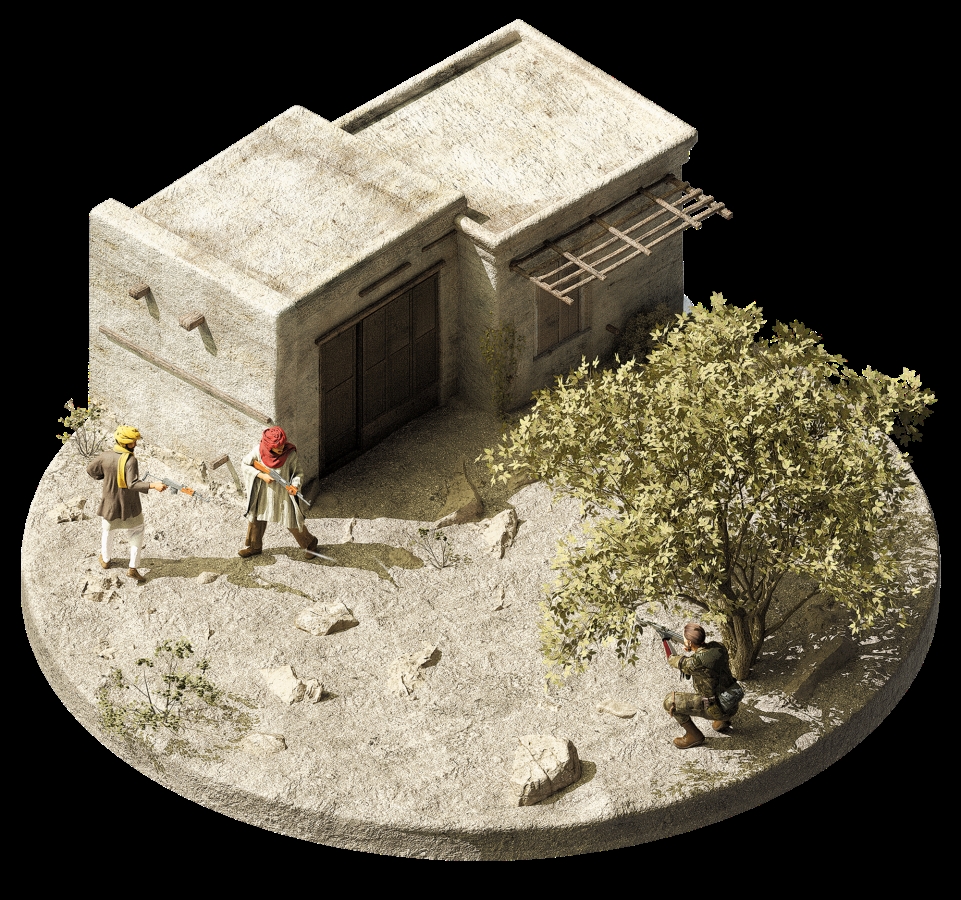 How should we judge the morality of hyper-realistic video games based on war? Fighting epic battles of WWII through our plastic controllers is historical because our interpretation of history tells us there were good and bad, and that our mistakes are long behind us. Games set in Vietnam or Korea are more contemporary, yet still maintain some historical quality because they were born from the follies of older generations.

In Playing Metal Gear Solid V: The Phantom Pain, Jamil Jan Kochai questions the morality of video games set in Afghanistan. These games don’t represent some idealism of the past, they represent a deep-rooted, neo-imperialistic ideology under which young Americans are being indoctrinated.

I do not mean there is an agent spewing propaganda – like some deep-state conspiracy theory where the CIA funds the production of video games; I mean that children are indoctrinated due to a growing malaise in our community; we have come to see American involvement in the Middle East and many parts of the world as “out of our grasp,” as the American military complex grows stronger and stronger and more detached from the people’s will. We have come to see our country’s neo-imperialism as unchangeable – the way it just is – which leads us towards an ambivalence and passivity that allows the proliferation of ideologies that should terrify us.

An adolescent, Pashto-speaking immigrant – who I believe is from Afghanistan – saves up his money to buy the newly released video game, Metal Gear Solid V: The Phantom Pain. When he gets home, his father is working in the garden, even though the doctor had ordered him to stop. He was a farmer “before war and famine forced him to flee to the western coast of the American empire, where he labored for many years until it broke his body for good.”

The kid brushes off any negative feelings, rushes upstairs to lock himself in his room, and fires up the game. In the same way he discards his feelings for his father, he ignores the questionable premise of the video game.

[T]he fact that nineteen-eighties Afghanistan is the final setting of the most legendary and artistically significant gaming franchise in the history of time made you all the more excited to get your hands on it, especially since you’ve been shooting at Afghans in your games (Call of Duty and Battlefield and Splinter Cell) for so long that you’ve become oddly immune to the self-loathing you felt when you were first massacring wave after wave of militant fighters who looked just like your father.”

He plays for hours and becomes entirely immersed into the game. His family knocks on his bedroom door, but he blocks the entrace with a dresser. The real and the imaginary begin to blend together as he recognizes places and family inside the game.

[Y]ou make it to the bridge that leads to the inner corridors of your parents’ home village, Naw’e Kaleh, which looks so much like the photos and your own blurred memories from the trip when you were a kid that you begin to become uneasy, not yet afraid, but as if consumed by an overwhelming sense of déjà vu.

New writers – like myself – are often told to keep sentences short and simple. Kochai blows away this rule by building masterfully long, eloquent sentences.

At night, under cover of darkness, you sneak toward your father’s compound, and you scale the fifteen foot-high walls of clay and crawl along the rooftops until you get to the highest point in the compound, where your father stands, on the lookout for incoming jets and firebombs, and you shoot him twice in the back with tranquilizers and, as he is falling, you catch him in your arms, your father, who, at this time, is around the same age that you are now, and in the dark, on the room of the compound that he will lose to this war, you hold him, his body still strong and well, his heart unbroken, and you set him down gently on the clay so that the sky does not swallow him.

I doubt that the power of this passage would have been maintained if it was written in shorter, simpler sentences. The enormous, single sentence imbues a necessity to finish it, guiding the reader on and on to an emotional crescendo. Here is another hauntingly beautiful passage:

The men are pouring out onto the roads and the fields, calling upon neighbors and allies, and, because the orchard is soon surrounded on all sides, it seems certain that you will be captured, but you are saved by, of all things, a squadron of Spetsnaz, who begin to fire on the villagers, and in the confusion of the shoot-out, as the entire village is lit up by a hundred gunfights, each fight is a microcosm of larger battles and wars and global conflicts strung together by the invisible wires of beloved men who will die peacefully in their sleep, you make your way out of the orchard, passing trails and streams and rivers and mulberry trees, until you reach your horse and ride out of Wagh Jan, toward an extraction point in the nearby Black Mountains.

My only qualm is that the story is written in second person – a style that I typically do not like. Kochai, similar to N.K. Jemisin in The Fifth Season, manages to pull it off, however.

I resonated strongly with this story. When I played Metal Gear Solid V: The Phantom Pain, I was concerned with its themes yet amazed at its graphics, gameplay and art – just as the main character in Kochai’s story. We must actively question the ideologies that run through the art we consume. Video games are no different – and maybe more important since they are given to children who have not yet formed the reasoning to judge their underlying assumptions.

Kochai’s story was modern, provocative, and was filled with exceptional writing. I highly recommend reading this story and will be on the lookout for his debut novel, 99 Nights in Logar. I am curious what others thought of his writing, so leave your comments below!