In Every Dark Hour 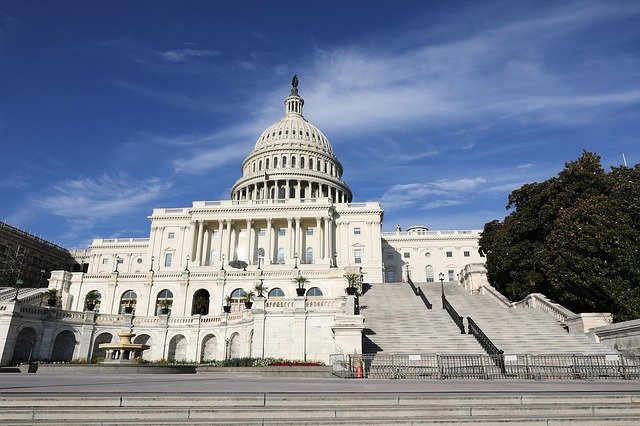 Image by cytis from Pixabay

How often do we see news headlines that read “Democracy Is Dead” or that it’s dying and there is nothing we can do about it? Is there truth to it, or is it click-bait that thrives off of fearmongering?

In her article In Every Dark Hour, Jill Lapore brings us back to a time in our nation’s history when domestic and international democracy was truly in peril: the 1930s. Out of the ashes of WWI rose democracies that “grew, toddled, wobbled, and fell: Hungary, Albania, Poland, Lithuania, Yugoslavia.” The trend continued.

The 20th century looked as if it was heading to the far Right, dominated by Fascists and dictators. WWII and the Cold War were waged against this trend. Liberal democracy took a strong hold in the West until the end of the Cold War and the turn of the 21st century. Then, democracies began to fall.

As an American, I don’t feel as if my democracy is failing. In my everyday life, I don’t feel my rights and privileges taken away from me. Of course, I am fully aware of the racist, xenophobic, anti-immigration rhetoric that leaks from the White House. But is it really so different from past eras in Americna History? Slavery, Jim Crow, the Trail of Tears…

Lepore quotes the global Democracy Index, which rated the United States as a “full democracy” in 2006.

In 2016, the index for the first time rated the United States as a “flawed democracy,” and since then American democracy has gotten only more flawed.

So in post 9/11, George W. Bush’s White House – the same White House that put in place the Patriot Act – was deemed a “full democracy.” This is frightening, because if that was considered a full democracy, what does a “flawed democracy” entail?

…misinformation, tribalization, domestic terrorism, human-rights abuses, political intolerance, social-media mob rule, white nationalism, a criminal President, the nobbling of Congress, a corrupt Presidential Administration, assaults on the press, crippling polarization, the undermining of elections, and an epistemological chaos that is the only air that totalitarianism can breathe.

Maybe as citizens of this nation, we have grown numb to the rise of authoritarianism. We joke about it with our friends, colleagues, and loved ones, but we have lost the will to protest. Every day that goes by a piece of our democracy gets chipped away. It’s difficult to know how good you have it until it’s gone.

Coming back to the 1930s, Lepore says that the New Deal was America’s lifeline as democracies around the world were failing. The economy was in free-fall, and Americans wanted a way out. They elected Franklin D. Roosevelt instead of Hoover for another term, because FDR promised a “new deal for the American people.” Many were opposed to the New Deal, however.

Given the national emergency in which Roosevelt took office, Congress granted him an almost entirely free hand, even as critics raised concerns that the powers he assumed were barely short of dictatorial.

They argued that the new deal was unconstitutional. All this at the time when Mussolini declared Italy and Germany “the greatest and soundest democracies which exist in the world today,” and Hitler called Germany a “beautiful democracy.” As average citizens, what can we make out of all this? Do we even know or care about what a real “democracy” entails, or do we simply want a form of government that listens to our will and provides the best for our families and communities?

Whether a government abides by the will of the people does not necessary correlate with the belief or trust in that government. Lepore says that – like during FDR’s administration – the government must play an active role in society to foster civic duty and discussion. But as members of society, it is difficult to wade through propaganda, lies, and misinformation. How do we know if the government is upholding its end of the bargain?

When confronted with these questions or those on “the future of democracy,” Lepore quotes Benedetto Croce, an Italian philosopher. He says that it’s useless to ponder these questions in despair. We, the people, are the ones that make our own government.

[P]olitical problems are not external forces beyond our control; they are forces within our control. “We need solely to make up our own minds and to act.”

On one hand, it seems absurd that people would deem FDR’s plans as unconstitutional as they brought America out of the worst depression of its history. On the other hand, we can easily point our fingers at the current president for undemocratic actions. The Republican party argues that he can do anything that is “best for America.” The problem then, seems to be that there are many conflicting versions of what is “best for America.”

I don’t know if our democracy is in peril. I do know we can look at the 1930s and say, yes, that really was a time where the scales could have tipped in either direction, but the American people lifted up their heads and fought for what was right. The 2020 elections will determine which path we head down.