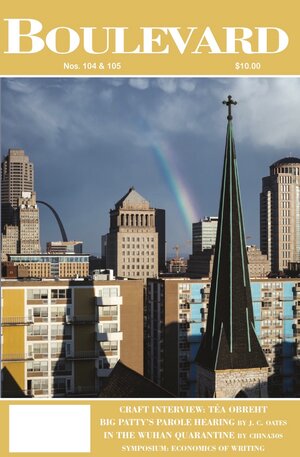 Thomas Jefferson idealized the yeoman farmer. They owned small, family farms and grew mainly subsistence crops. They were economically self-reliant and politically independent, because they did not depend on the market to buy their goods or the government for direction and subsidies. Jefferson believed they were the embodiment of the American spirit.

Capitalism crushed this pipe dream. Farmers began going to the market with their surplus goods. Because the market valued some goods over others, commodity crops – or “cash crops” – rose in popularity. Wheat, corn, and beans were much more valuable, especially when considering how cheap it was to plant and grow them.

The small, family farm growing subsistence crops was threatened with extinction. The farmers themselves, then, were no longer economically self-reliant or politically independent. They relied on other farms to grow their food while they grew raw commodities. They relied on the government to provide subsidies when the market value of their crops lowered. The Great Depression highlighted this transformation unlike anything before it.

Farmers depended on price fluctuations in a market they did not control, loans from banks that had no interest in agriculture, and deals with multinational companies that could find resources elsewhere if they thought their price too high. The machinery of capitalism pushed many families into debt, causing them to sell their land to massive corporations, or at best, sell whatever these corporations needed for whatever price they determined.

In Farewell to Agro, M. H. Perry gives a first-hand account of her own family’s farm.

For the last fifty years, the land has been used to grow only corn and beans and, now and again, a little winter wheat…most of what we grow is used to make livestock feed, high-fructose corn syrup, and ethanol. This is not sustenance. Or at least, it’s not the kind of sustenance my husband’s ancestors had in mind.

Many of us idealize farming; we think of the great American Midwest and the infinite farms that fill the landscape. Farmers understand nature and grow resources that help society thrive. The reality is that many farms produce a single commodity that ultimately goes into unhealthy foods stacking our supermarket shelves.

These commodity crops are often not native to the region they are growing in, and therefore require synthetic fertilizer, pesticide, herbicide, etc. These products put a strain on the local ecosystem.

We had just gone inside because John Allen, our tenant, was cutting beans, and the dust was so thick we could not breathe. Or maybe it was the day we walked the perimeter of the yard and discovered that the herbicide had drifted onto our vegetable garden again. Or the day we were fishing in our pond and the bluegill got tangled in the nitrogen bloom and almost suffocated before we could get them off the hook.

Perry and her husband are acutely aware of all of these issues. Sitting out on their porch at night, they consider changing what they grow.

So we continued to amass reasons to quit: if we had the money, we could restore our hundred acres with native wildflowers and grasses that did not require any synthetic fertilizers, that would never be plowed up, and that would provide real sustenance.

There may seem to be a simple answer to those of us who don’t know the last thing about farming (myself included): plant something else. Perry makes it abundantly clear that it’s not so simple.

They calculate that it would cost $40,000 per acre to plant wildflowers native to the region. They have a 100 acre farm. That would mean if they were to want to switch their farm to only grow native wildflowers, it would cost them $4 million just to get up and running, not to mention yearly maintenance costs.

Obviously, planting 100 acres of native wildflowers would be insane, but the principle stands for one acre: planting new crops – especially those that are not simple commodities – requires upfront cash that many farms do not have. Many farms would need to take a loan from the bank for a product they are not sure would sell. That is a frightening venture.

Perry and her husband decide to go for it anyways. It takes them a year before their field is ready to plant – having first to grow sunflowers to fight the weeds. It takes another year for the wildflowers to fight their own way through the weeds. This means that they invested all this money upfront and had to wait, nervously, for a couple years before getting results. Perry describes her husband, Keith, sleeping during this troubling time.

On some nights, he thrashed around in bed, yelling something I couldn’t quite make out. That he was too old to take on such a big project, I imagined, a message delivered by masked men wearing John Deere caps and thumping him in the chest with sacks of Monsanto-laced corn.

Thankfully, their wildflowers make it through the weeds, growing naturally in their native landscape. The federal government also comes through with a set of subsidies. Perry records the conversation with Keith.

“I’m guessing you did the deed?”

He sighed. “Turns out the government will reimburse about half of our costs and also pay us a $15,000 sign-up incentive.”

I was sure I had misheard him. “The federal government is going to pay us a signing bonus for growing wildflowers?”

“And $240 rent on each acre we aren’t planting in grain. Between the incentive, the reimbursements, and the rent, we’ll make more growing flowers for the bees and butterflies than we did growing corn and beans for Coca-Cola and Frito-Lay.”

Government subsidies are a hot topic; they have been for some time and will continue to be long into the future. My goal is not to debate them here – not that I could debate them anyways. I do want to cite a passage where Perry explains them in laymen terms.

I am too new to farming to speak about subsidies with authority. I know that they were devised for a good reason, which was to help farmers pay their mortgages during the Great Depression. The 1933 Agricultural Adjustment Act (AAA) was part of FDR’s New Deal, one of several dozen programs designed to stabilize banks, stimulate the economy, and provide relief for the poor. To help balance supply and demand, the AAA paid farmers not to grow crops on a portion of their land, and it allowed the government to buy and store their excess grain until prices were more favorable. It also redistributed excess commodities to the poor. Like most New Deal programs, it was meant to provide temporary economic stimulus, but Congress made it permanent in 1938. Why? Because the bill included something for everyone: nutrition programs (i.e., Food Stamps, now SNAP, the Supplemental Nutrition Assistance Program, which “eats up” 67 percent of the five-year, $489-billion appropriation), farm subsidies (24 percent), and conservation programs (9 percent). What we know as the “Farm Bill” appeals to very disparate special interest groups.

Farewell to Agro came in the mail inside my first issue of Boulevard Magazine. I was impressed with Perry’s writing and was surprised to learn it was a runner up for the magazine’s Nonfiction Contest for Emerging Writers, because I would not have imagined her as an “emerging” writer, but an experienced one.

I might be biased on how highly I value this story; I idealize farming and am interested in how it works. Perry included both a wonderful first-hand narrative, snapshots of American history, and a scattering of in-depth facts on agriculture. I hope she keeps writing and will be on the lookout for more of her work in the future.