A Criticism of the Hegelian Philosophy of Right 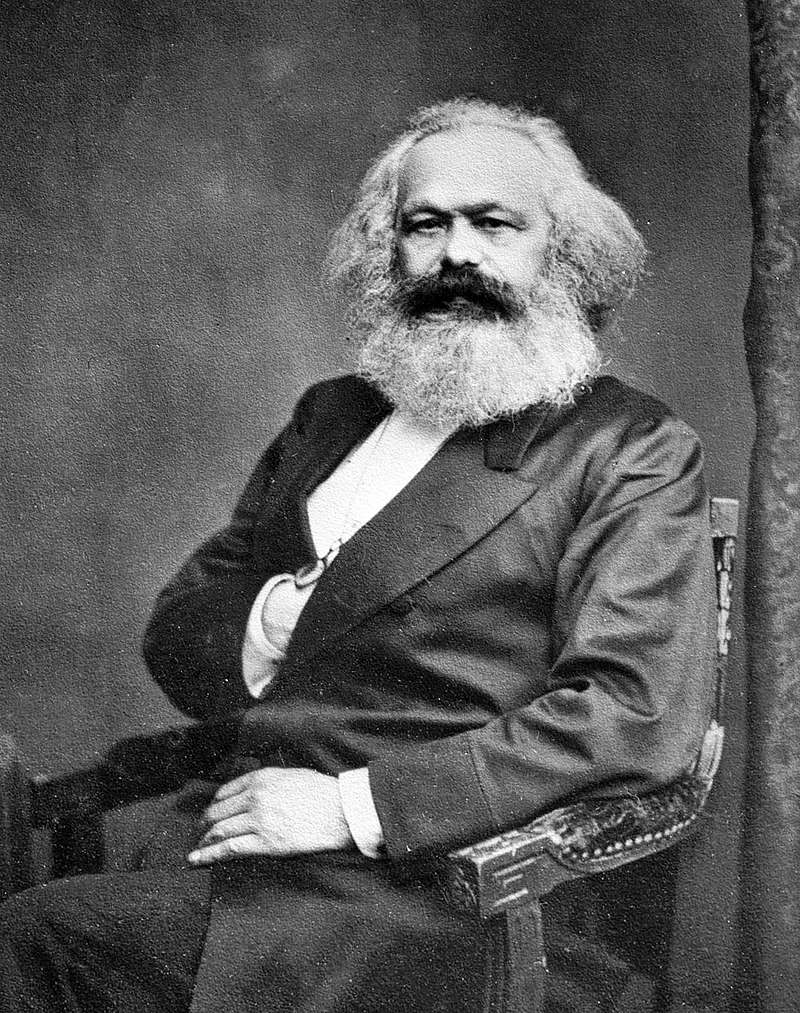 This shift in thought made people feel alienated from the world that once seemed so straightforward.

Religion is the moan of the oppressed creature, the sentiment of a heartless world, as it is the spirit of spiritless conditions. It is the opium of the people…The abolition of religion, as the illusory happiness of the people, is the demand for their real happiness.

People could no longer hide behind the “illusion” of objectivity. Marx offers an alternative: since religion is made by man, philosophy – also made by man – can be the tool to bring meaning into people’s lives.

Marx shifts focus away from religion and towards critiquing the political atmosphere of mid-19th century Germany; Germany did not undergo emancipatory revolutions like the other European states during the Revolutions of 1948.

He believes that this was due to a disconnect between German philosophy and the political reality of its people.

Whereas German philosophy echoed the revolutionary sentiments of the other European states, their ideas did not find a foothold within the populace.

Theory becomes realized among a people only in so far as it represents the realization of that people’s needs. Will the immense cleavage between the demands of the German intellect and the responses of German actuality now involve a similar cleavage of middle-class society from the State, and from itself? Will theoretical needs merge directly into practical needs? It is not enough that the ideas press towards realization; reality itself must stimulate to thinking.

Even if these ideas were to find open ears, “political emancipation” can only be achieved if ideas correspond to urgent needs.

A radical revolution can only be the revolution of radical needs, whose preliminary conditions appear to be wholly lacking.

Marx argues that the only way for radical ideals to take hold of a population is to actually fulfill the needs of the population. “Revolutionary energy and intellectual self-confidence are not sufficient” for emancipation. But there is a deeper issue here; even if theory were to correspond with a set of needs, it is still not enough to truly wield emancipatory power.

No class in bourgeois society can play this part without setting up a wave of enthusiasm in itself and among the masses, a wave of feeling wherein it would fraternize and commingle with society in general, and would feel and be recognized as society’s general representative, a wave of enthusiasm wherein its claims and rights would be in truth the claims and rights of society itself, wherein it would really be the social head and the social heart. Only in the name of the general rights of society can a particular class vindicate for itself the general rulership.

In France, the nobility and clergy were once the oppressors of the bourgeoisie; the bourgeoisie assumed the role of the subjugated and pursued the “general rights of society.” The fact that they would later assume the role of oppressor is another story.

If there is no cohesive group that can assume the “general rights of society,” how could emancipation take place?

Answer: In the formation of a class in radical chains, a class which finds itself in bourgeois society, but which is not of it, an order which shall break up all orders, a sphere which possesses a universal character by virtue of its universal suffering, which lays claim to no special right, because no particular wrong but wrong in general is committed upon it, which can no longer invoke a historical title, but only a human title, which stands not in a one-sided antagonism to the consequences, but in a many-sided antagonism to the assumptions of the German community, a sphere finally which cannot emancipate itself without emancipating all the other spheres of society, which represents in a word the complete loss of mankind, and can therefore only redeem itself through the complete redemption of mankind. The dissolution of society reduced to a special order is the proletariat.

The industrial revolution produced the proletariat. The proletariat – oppressed and subjugated not by the lack of resources, but by the unequal and unjust distribution of them – wants to abolish any private claim to those resources.

When the proletariat desires the negation of private property, it is merely elevating to a general principle of society what it already involuntarily embodies in itself as the negative product of society.

A Criticism of the Hegelian Philosophy of Right is a good introduction into Marxist thought. Specifically, it defines the proletariat – a term referred to in a lot of his writing and socialist thought more broadly.

I believe that many people on the Left would agree to a large part of his writing here. What distinguishes this essay from less radical leftist views is the abolition of private property – briefly alluded to at the end of the essay.

This essay is part of Selected Essays published by Duke Classics and available in ebook in local libraries that use Overdrive.