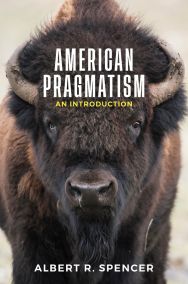 American Pragmatism: An Introduction is an overview of a philosophical tradition founded in the United States. By tradition, I refer to a method of philosophical inquiry or set of tools that philosophers use to understand the world. American pragmatism can be compared to existentialism, skepticism, or logical positivism – all of which, to an amateur of philosophy like myself, are considerably more well-known.

Pragmatism, without the American modifier in front of it, did not even seem to be a philosophical tradition before I read Albert R. Spencer’s book. I believe that’s due to the foundation of the philosophy itself: to evaluate how our actions play out in the real world.

At [pragmatism’s] core lies the assumption that beliefs are inseparable from actions, therefore the truth of beliefs should be evaluated according to their consequences.

At work – I’m a Software Developer by trade – I often have to decide between ideal solutions to a problem and pragmatic ones. If a coworker or customer comes to me with a specific deadline, I have to be pragmatic about both the budget and the timeline. If I was an idealist, I could propose an elegant solution that requires two years and a team of ten people. But often, the pragmatic solution needs to be applied.

This concept is so common and intuitive that it seems almost trivial to have a philosophical tradition that revolves around it. But philosophy is a tool for understanding and conveying knowledge about the world, and America has long wielded this tool to achieve its goals. We are known – or at least were known – for our dismissal of traditions and norms, our rugged individualism, and ultimately our brute-force pragmatism.

Emerson and the Birth of American Pragmatism

Spencer cites Emerson’s speech, The American Scholar, as the first real articulation of American pragmatism. Emerson believed that nature and personal experience should be our method of seeking knowledge, not tradition. The United States, with its newly-won independence and geographical isolation, had the ability to unshackle itself from the old world.

Our day of dependence, our long apprenticeship to the learning of other lands, draws to a close. The millions, that around us are rushing into life, cannot always be fed on the sere remains of foreign harvests. Events, actions arise, that must be sung, that will sing themselves. Who can doubt, that poetry will revive and lead in a new age, as the star in the constellation Harp, which now flames in our zenith, astronomers announce, shall one day be the pole-star for a thousand years?

We shouldn’t toss away tradition, but use it only “to feed the future,” not to shackle us blindly to the past. Spencer goes on to interpret that “we have the right, if not the requirement, to question anyone and assert our own genius.” He continues to quote Emerson’s foundational speech:

“The world is his, who can see through its pretension. What greatness, what stone-blind custom, what overgrown error you behold, is there only by sufferance – by your own sufferance. See it to be a lie, and you have already dealt it its mortal blow”…Thus the American scholar is one who will “take up into himself all the ability of the time, all the contributions of the past, all the hopes of the future,” because “in yourself is the law of all nature, and you know not yet how a globule of sap ascends; in yourself slumbers the whole of Reason; it is for you to know all, it is for you to dare all.”

Although Emerson’s speech emitted a sentiment of American pragmatism, it was far from a structured, philosophical tradition. It took two scientist-converted-philosophers to formalize these thoughts: Charles Sanders Peirce and William James.

Peirce and James hoped to bring scientific experimentation to philosophy. Spencer labels this fallibilism: the belief that “all knowledge is tentative and conditional.” We cannot know anything for certain, only that which we have confirmed through experimentation. And even then, whatever we have learned can always be proven false by future experiments or knowledge.

Through these basic principles, Peirce and James would ultimately come to different conclusions on the ultimate goal of American pragmatism: whether it is a theory of truth – hoping to discern fundamental properties of the world we inhabit – or a method of experience – hoping to understand our daily lives.

Before diving into the branches of thought that stemmed from these two philosophers, Spencer first wants to clarify what American denotes in this branch of pragmatism.

The brute reality is that America is a former colony that became a superpower. It still wrestles with the problems of sovereignty, race, and gender present at the inception of pragmatism, and pragmatism’s progenitors witnessed the arrival of the responsibilities and temptations that accompanied the attainment of global hegemony. Their diagnosis and prognosis of this history explicitly influenced their work, alleviated contemporary ills, and inspired reform. We should learn from their example.

Unlike the sciences, the humanities often name and classify theories into schools of thought. American, refers to the foundational concepts of this philosophy that were born in American institutions. It’s easy for us to label it that way and contrast it against European Continental philosophy, for example. By making this division, Spencer hopes to achieve the following:

…the text aspires to contextualize its survey of American pragmatism as a philosophy of place, in the hope of establishing a critical perspective from which one can confront American exceptionalism as an epistemology of ignorance.

This is a bold claim in modern America; one that the Left understands, but one that is deemed anti-patriotic or even treasonous by the Right (not to count many in between that reaffirm American exceptionalism for votes, complacency, or ignorance). Although Spencer does see American exceptionalism as a fallacy, he believes it still holds value. He quotes the philosopher Carlin Romano, writing two centuries after Emerson, saying “the majority of Americans abide by Emerson’s imperative ‘we will speak our minds’” that is not constrained to only academia, “but distributed throughout all genres of literature, communications, technology, and popular media.”

This underlying view of society, even to this day, has paved the way for pragmatist thought in America. But Spencer believes we should be cautious of exceptionalism, and use pragmatist thought to debunk it as a form of propaganda.

Both the logic of settler colonialism and the gender and racial contracts hide behind the idea of American exceptionalism. While the United States and its citizens have accomplished several praiseworthy acts, this notion of a special destiny or, worse, the assumption of moral or spiritual superiority prevents its citizens from seeing the suffering that they have caused and from recognizing the problems they must correct. Indeed, American exceptionalism often serves as an epistemology of ignorance: it constitutes a set of ideas, beliefs, and practices that stop individuals and communities from arriving at accurate conclusions. However, American exceptionalism also has the ability to inspire the best of Americans. Hence the task is not to dispel it but to reconstruct it with each generation, so that it may liberate minds rather than oppressing them. This transformative process happens only by thinking deeply about the American experience; and a long tradition exists of articulating what it means to be an American.

As I get the chance, I will update the chapters below with links to analyses of the main concepts and ideas, as well as general thoughts, for anybody looking for a general overview. Here are the book’s chapters:

I was not sure what to expect when I ordered American Pragmatism: An Introduction from Polity Books. I was intrigued by the connection it made between pragmatism, American exceptionalism, and philosophy more broadly, not to mention the cover: a powerful design showing a buffalo staring down the camera.

Spencer’s book is excellent; he writes clearly, is passionate about this branch of philosophy, and covers a wide range of concepts with suggested readings to explore on our own. He is a professor at Portland State University, and it’s apparent that he brings his passion for teaching into written form.

There are some things that I would change for the next edition. First, the introduction is confusing and doesn’t fit the tone of the rest of the book. Second, being that the book is about pragmatism, I would have liked real world examples of leaders quoting or using concepts derived from these philosophers. For example, I would have loved to see the connection between the writings of these philosophers and the laws, debates, and actions of the American government at the time (or at least showing their influence domestically and abroad).

That being said, American Pragmatism is a great read for any amateur philosopher like myself. Spencer is clear at outlining his concepts and doesn’t assume we have any prior knowledge, although beware that it is academic if you are not into that sort of writing. Regardless, it’s a fantastic survey that will certainly push me into discovering more about this philosophical tradition.