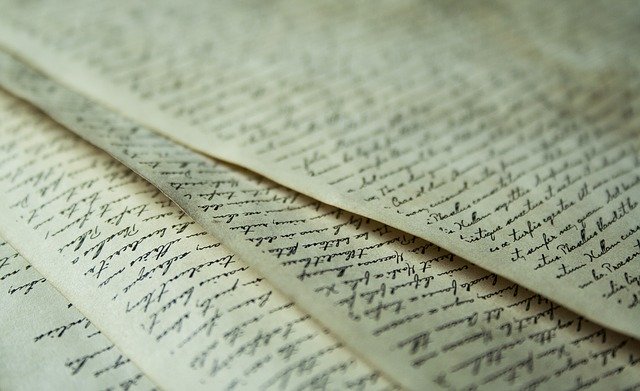 Image by nile from Pixabay

[T]o insist on the designing intellect as a cause of a poem is not to grant the design or intention as a standard by which the critic is to judge the worth of the poet’s performance.

Should we judge a work of literature based on its author’s intentions? In The Intentional Fallacy, W.K. Wimsatt and Monroe C. Beardsley argue that the success of a poem – referring to any literary work of art, not just poetry – depends on the realization of meaning. Its success does not depend on the author’s intentions.

They argue that the problem with intention, is that it requires private knowledge about the author. To know what the author intended, we have to learn contextual knowledge that exists outside of the work of art. This may be interesting for historians and definitely has its own value, but it’s irrelevant when judging the work of art for itself.

A work of art should be judged on the realization of meaning. We moved away from this idea during the period of romanticism, which believed the author was some genius who needed to be understood in order to appreciate the work of art. It created a fixation on the idea of the “author.”

In reality, they argue, a poem doesn’t have an author; it has a speaker. The real success of the poem depends on how the speaker conveys meaning. It doesn’t matter if we don’t get what the author meant to say as long as we get what the speaker is saying.

For example, alluding to something in another country that we have no knowledge of doesn’t mean we should learn about that thing in advance to understand a poem; the allusion in itself should have a “suggestive power” that allows us to understand its significance without searching for its private meaning.

Here is a metaphor that may be helpful in understanding Wimsatt and Beardsley:

It’s the bottom of the 9th inning in the World Series, and the Yankees are down by two runs. They only have one out left, and have a runner on first and second. The batter just has to get on base and move the runners over to keep their hopes alive.

The pitcher winds up and throws a chest-high, hanging fastball. The batter swings. It’s a home run. The Yankees win the World Series.

Throughout New York city, fans are celebrating the win. They praise the batter for his heroic achievement that won them the World Series. It’ll go down in history.

The issue is that the batter didn’t intend to hit a home run; he simply intended to hit the ball in anyway that would keep his team’s hopes alive. But just because he didn’t step up to the plate with the idea of hitting a game-winning home run doesn’t mean that he failed in some way. No success or beauty of the home run is taken away. The home run exists in and of itself as a miraculous ending to the World Series.

So, like the batter, if an author creates a work of art that morphs into something not entirely intended, we cannot take away any merit from the piece. The work of art exists in and of itself as something beautiful and with meaning that we must detach from the makeshift “genius” of the author that we have concocted over the years.

Where does meaning lie? They say there there is private and public knowledge, but the distinction between these two categories is shaky. Language shifts and varies over years, geographical regions, translations, etc. We cannot assume that all successful literary art should be filled with public knowledge.

Take, for example, satire. Satire requires private knowledge in order to be successful. It is true that satire may grow outdated faster than other forms of literary art, but I don’t think that’s a valid basis for judgment.

The important takeaway is that we shouldn’t concern ourselves with the “genius” of the author. We should judge literary art based upon more intrinsic values. What those values are, is up for discussion.